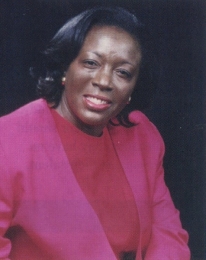 Barbara Askins serves as President and CEO of the 125th Street Business Improvement District in Upper Manhattan (Harlem) in New York City. She has done extensive work in the field of improving cities as a public involvement specialist on transportation, environmental and facility planning projects, working on major projects in several cities that included reconstruction of highways and city streets, upgrading rail and bus systems, improving sewage-treatment facilities, creative public spaces, and sports and conventions center.

In 1993, she successfully created the first and only business improvement district in the Harlem community. Under her leadership, the 125th Street BID has received local, state, national and international recognition. She is guiding the development of result-oriented strategies involving retail plans, re-zoning for future growth, cultural sustainability, and evaluating the interplay between science, technology and businesses to create sustainable urban solutions to transform areas that have been traditionally difficult to organize, such as 125th Street, into a healthier commercial district. She is chair of the International Downtown Association and has served as Vice Chair and Treasurer of New York City’s BID Manager’s Association. She was an adjunct professor at New York University teaching urban tourism development and served as chairperson for Manhattan Community Board #10 in Central Harlem.

Ms. Askins has received numerous proclamations, citations, and awards from community organizations. Recently, she was responsible for bringing into fruition the first cultural bonus incentive in NYC to be used to shape the future of 125th Street as a cultural destination. Her efforts were realized worldwide when the American Planning Association named 125th Street one of the ten best streets in the country in 2007.